It's All About Seoul

An almost perfect day spent walking in Seoul. Last time, about a month ago, I made a short jaunt to try out the train system (essential, since there's little to see here in Incheon) and to get a look at Itaewon, the shopping district of Seoul favored by Western tourists and servicefolk stationed here. There wasn't time for much more.

This layover amounted to a more luxurious 53 hours, the schedules written so that we could catch up on our sleep. (We cross so many time zones in quick succession that resting can be a challenge.) We got to the hotel about 8:AM on Monday morning and were overdue for sleep. But with the sun up already, and having logged a couple hours' sleep on the airplane on the leg up from Sydney, my body was good for only about three hours before I was up. It was sleeting and snowing for most of Monday (see above), so that made for a short day confined to the hotel. I was back in bed by 7:30 PM.

This morning, Tuesday, I was awake by about 3:AM and twiddled my thumbs until about 8:AM before catching the train into town. My plan was to use a couple notorious shopping districts as signposts for my planned walk, less because I planned to do any actual shopping than because these areas are probably a good example of the larger culture, and because I would surely see a lot of unexpected stuff in between. (A mostly-accurate Google Pedometer re-creation of my route is here.)

It's a long ride from Incheon into Seoul, and the train system is extensive and not entirely user-friendly, at least for a foreigner with no language. (If Wikipedia is to be believed, the Seoul train system is the second largest in the world in both length and ridership.) But I was able to get to my first stop--Dongdaemun--with only a single transfer at Bupyeong. The journey took a good 90+ minutes and one has to remain fairly alert since the English-language announcements and signage are easily missed. (We're lucky to have them at all, of course, and it's only proper that some extra vigilance falls to the tourist; but last time I nearly missed one connection, and then found myself on the right train line but branched off to the wrong terminal--so there's definitely a learning curve.) The trains are slow and the stops deliberate, a change from the crush of New York's subway and that of some Chinese cities I've seen.

Seoul is a big place, and typical of an older city there is little or no grid. I studied the area I planned to walk on Google Maps the night before, and once underway I relied on a couple iPhone apps and my compass to remain oriented. But with that little bit of preparation I found it quite easy to keep going in generally the right direction, and the only real concern was that I terminate at my planned train station, and even that wasn't really necessary so long as I ended up at SOME station in the train system. The getting lost along the way is a key part of the adventure.

The only downside today was the weather. It was better today than yesterday, but it's cold and damp here (low-mid 20s) and everything was covered with a sheet of ice. Everybody seemed to cope well enough--the crush of scooters delivering stuff was on the job despite the cold and ice--but one senses that this is not a daily occurrence here. The barkers in Myeong-dong all had outdoor heaters to make their jobs tolerable. The ice made walking a little tricky and walking at a goodly clip impossible. Still, nine miles (according to my phone GPS tracker) is a reasonable tally for the conditions, and except for the train station at Yongsan EVERYTHING was new.

It was the best possible way to spend a day. 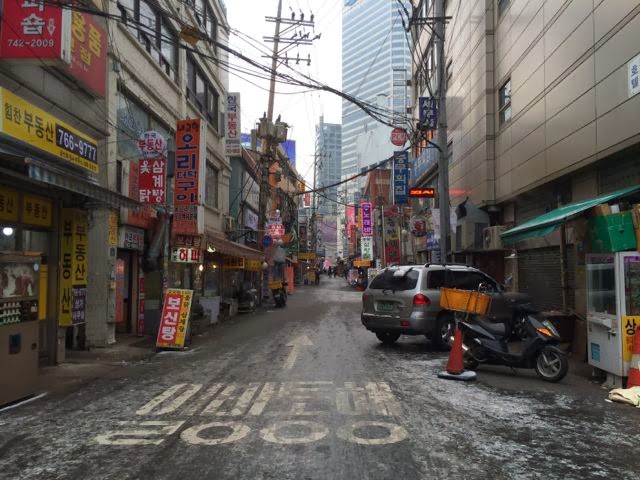 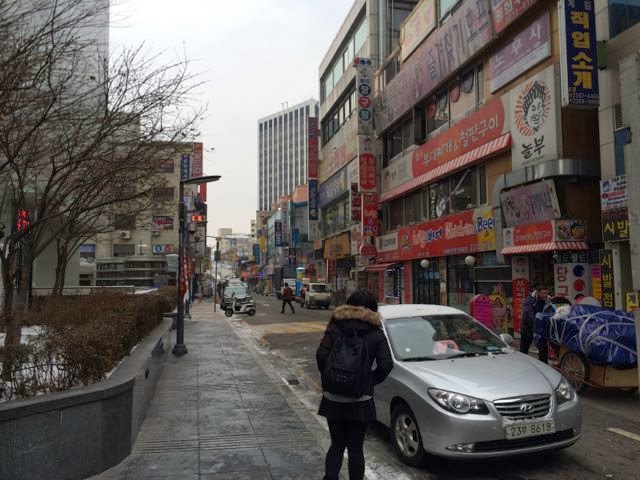 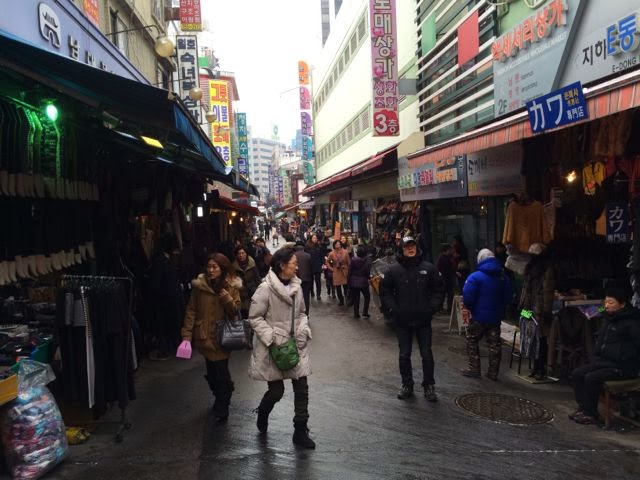 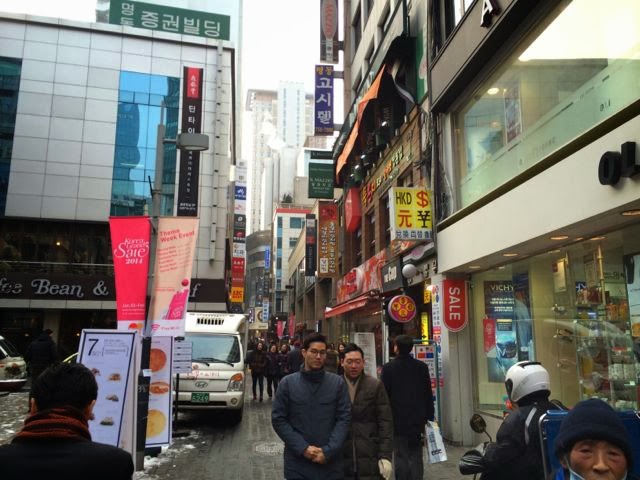 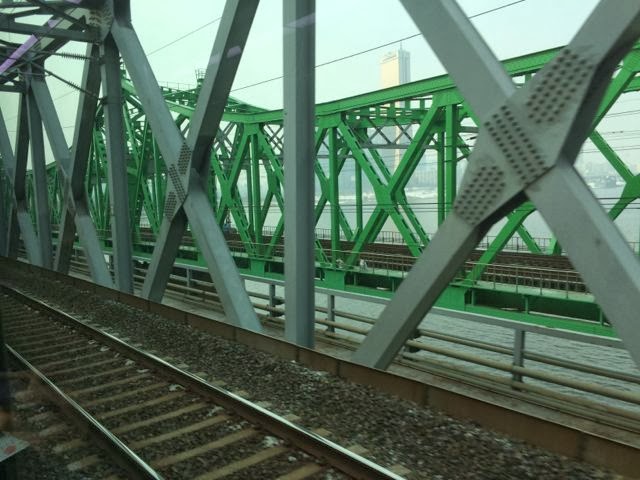 Posted by wstachour at 1:34 AM

Fun stuff (except for those poor dessicated optopi)! Did you know it would be cold there?

I expected it to be around 0°C (it was in the single digits a month or so ago) but maybe not quite this cold. It's hard to pack for a trip like this, with HNL and SYD and DXB on the one hand and ICN and ALA and CGN on the other. I have a coat with me, but it's more of a jacket; I'm already over-packed and there's no room for a more substantial one. And I failed to put a proper winter hat or decent gloves in my bag (despite a note on my to-do list reminding me). So I just barely kept up despite the walking. Toward the end of my 4-hour sojourn the sun came out and it warmed a bit. Made all the difference.

Awesome! Love the dried seafood pics. I like seafood but that stuff could cure me of my fondness.

For as crowded as it always seems to be, I'm surprised that one would even attempt to drive a car. The streets are so narrow that driving one could be fatal at best. Oh and by the way, those dried fish look to be excellent!